"Richard Wright is today's Renaissance Man. His personal development knows no limits, no boundaries. He continuously achieves his full potential, intellectually as well as creatively, and he's never afraid to bring you along for the ride."

"Happy Sunday. I just want to say thanks for getting me into these amazing doors. Since shooting with you those headshots has landed me a recurring role on The CW, a movie with Eddie Murphy and much much more. Thank you Richard!"

"Thank you Richard ... You are a true artist and i salute one like you who makes art from the heart." "...you're a magician!"

"Dear Richard, YOU ROCK!!!!!!!! "I have worked with Richard numerous times on photo/production projects with local and Int'l clients. Each and every single time, he came out with the best images which made our production a real dream. I would hire him back any day. "

"Richard Wright: Insightful- detailed- artistic- results oriented. Working with Richard and his crew is an existential experience in artistic imagination and technical prowess. I have enjoyed working with Richard on numerous occasions and look forward to future collaborations."

"Richard is passionate, intricate, colorful, bold and extremely creative on all perspectives. Knowing him for many years, he has been able to give me immediate creative & lighting driven responses techniques to any creative dilemmas I needed solving in a short timespan. A solid partner, including a highly qualified expert in production and location scouting. I would highly recommend Richard for whatever photo shoot project you have in store, in Los Angeles or abroad. Keep up the great work, you're truly unique."

Born in Dallas and growing up in LA, NYC, Tokyo & Paris, I morphed into an eclectic photographer whose passions embrace fashion, beauty and celebrity portraiture. I like to synthesize extreme graphic realism with a traditional, classical sensibility. This striking dualism has distinguished my editorial and advertising work in the pages of Elle, W, Vogue, L'Officiel Homme, L'Optimum, Surface, and Wallpaper to name a few. My shoots have featured numerous celebrated artists, including Samuel L. Jackson, John Malkovich, Christoph Waltz, Josh Brolin, Michael Keaton, and Robert De Niro, and my celebrity fashion work has been exhibited at the Musée de la Mode de Marseille, France.

While living in Paris, on the centennial anniversary of cinema, I began a series of black and white portraits of my favorite actors that became - FILM ICON: Inspirational Quotes by 101 Hollywood Heavies. This 23 year portfolio tenders a glimpse into the souls of these masters of character whose love of the 7th Art is revealed in their touching, insightful and sometimes humorous memories when they spontaneously answered the question: "What inspired you to be in the movies?" FILM ICON enjoyed a grand solo exhibition at Le Festival International du Film de Marrakech, Morocco, as well as a solo exhibition at the Piper-Heidsieck Villa in Cannes, France. Large format leather-bound and soft-cover 1st edition books are available directly from the studio.

Dabbling in film, I made L'Enchanteur, a live action short film that I wrote, shot, directed, and dedicated to the fight against A.I.D.S. and STD's. L'Enchanteur was selected for competition in numerous international film festivals including, Avignon-New York, Chamrousse, Beirut, Lille, Deauville, and ultimately won the Best Short Fantasy Film Award at Fantasporto '97, Festival International de Cinema do Porto, Portugal.

I began my professional artistic career at age 15 when I joined the American Ballet Theatre in New York. Building upon the rigorous regimen of a professional ballet dancer, I first turned to choreography and stage direction before finally picking up the cameras.

Based in Beverly Hills California, I specialize in all types of commercial and editorial portraiture and continue my work as a filmmaker and entrepreneur. 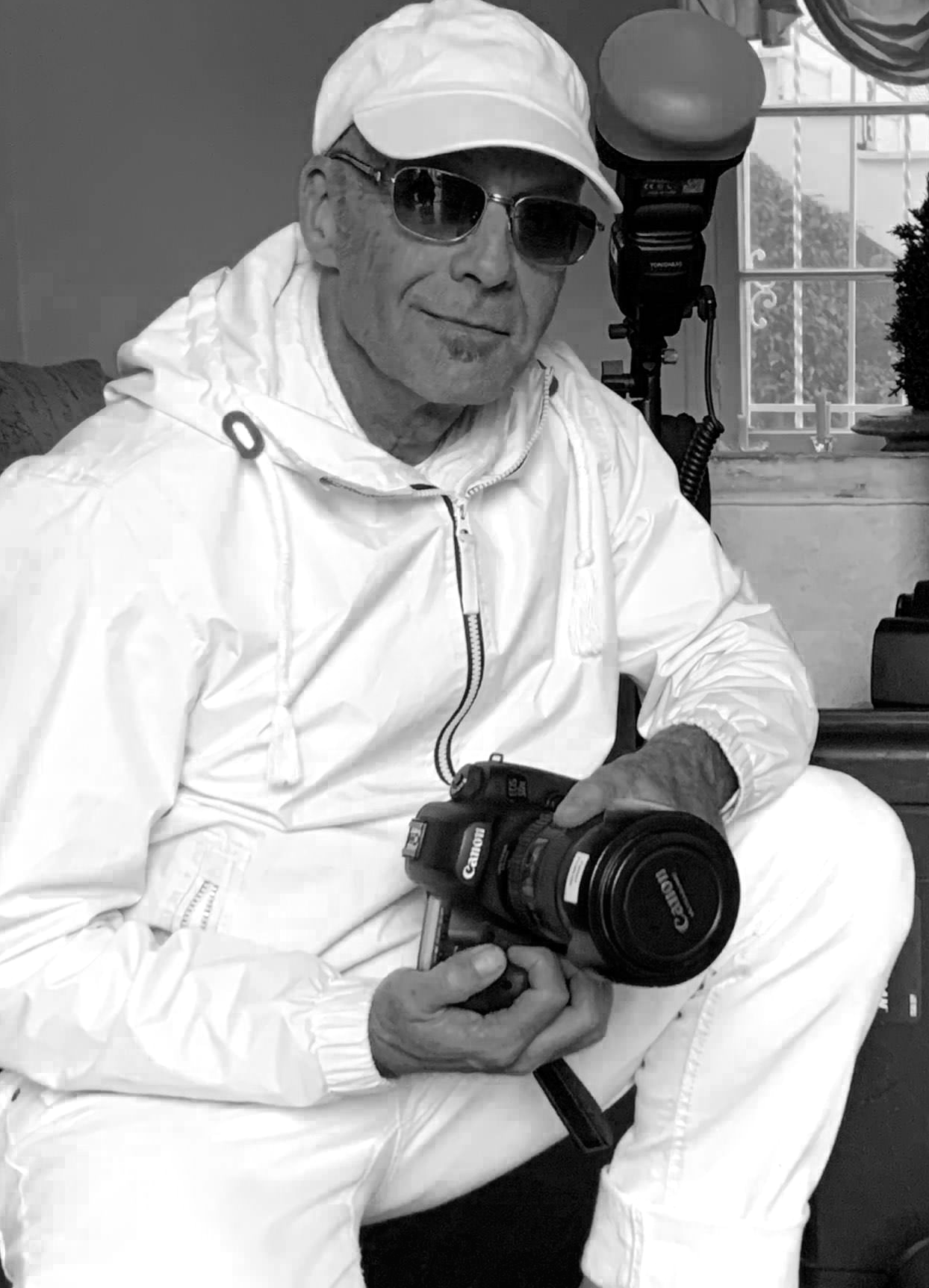